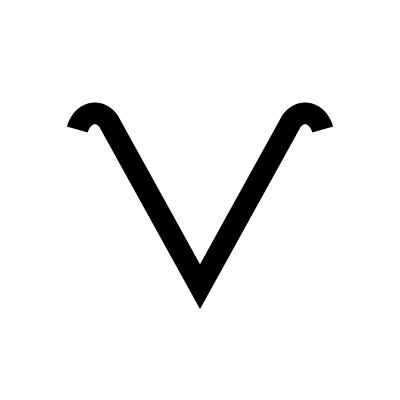 This Judge symbol consists in a wide V shape, where the ends of the thick, diagonal lines bend outwards and away from the central apex. The Judge symbol represents a person who is a fair judge, and who is able to see disagreement from opposing perspectives.