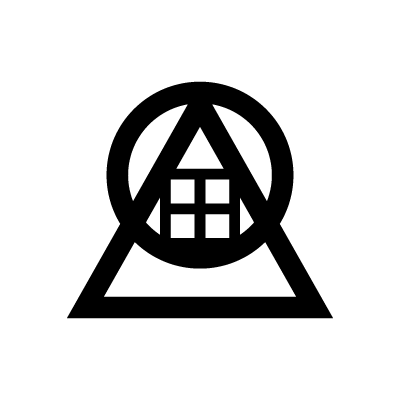 The Judgement card depicts a winged angel blowing a trumpet in the sky, while below naked figures, standing in coffins, look up towards the heavens. Judgement, when drawn upright, represents absolution, rebirth, and motivation. Reversed, the card represents doubt, self-criticism and a rejection of faith. The symbol consists of a triangle, topped by a circle. In the space where these shapes overlap sits a square made of four smaller squares. This symbolizes the meeting space of Heaven and Earth.