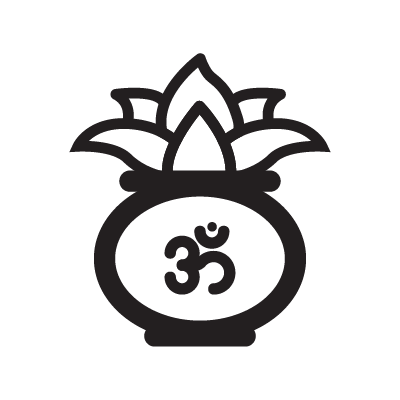 Kalasha, a husked coconut circled by five mango leaves on a pot, is used in puja to represent any God, especially Lord Ganesha. Breaking a coconut before His shrine is the ego’s shattering to reveal the sweet fruit inside.