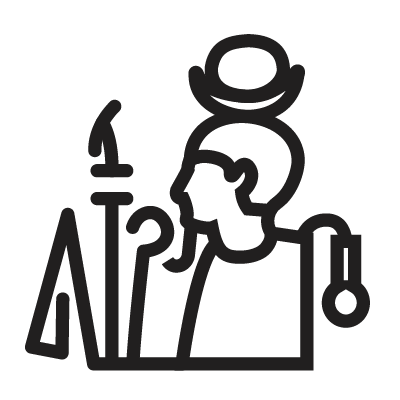 Khonsu Egyptian God (“passing”), in Egyptian mythology, is the god of the moon, the god of time and its dimensions, the son of Amun and the goddess of the sky Mut. Khonsu was also revered as the god of travel. As the patron saint of medicine, Khonsu approached the god of wisdom Thoth, who was a member of the Theban triad of deities. In the images of Khonsu that have come down to us, we most often see a young man with a sickle and a moon disk on his head, sometimes he appears in the guise of a child god with a finger at his mouth and a “curl of youth” that boys wore on the side of their heads until adulthood. Khonsu was also depicted as a falcon with a moon disk on his head.