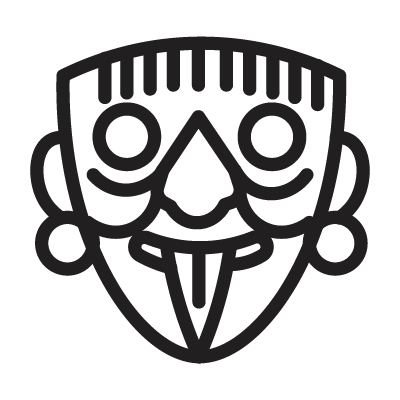 Kinich Ahau is the sun god of the Mayans, sometimes associated with or an aspect of Itzamna. The sun played an important role in the life of the inhabitants of the American continent. Kinich Ahau is the god of the Sun, sunlight, warmth and life. The Mayan gods had unique symbols; the symbol of Kinich Ahau is a four-leafed flower. The Mayan deities had their own attributes; Kinich Ahau appeared in the images as a person with eyes of an unusual shape, square or oval, with only incisors in the mouth and tattoos in the form of a spiral, the hieroglyph of the day, on the nose and in corners of the mouth.
Rare engravings depicting Kanich Ahau as a youth.