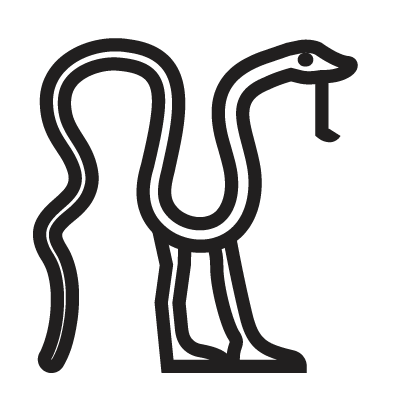 Kneph, the Eternal Unmanifest God, in Egyptian mythology, is depicted as the emblem of the Serpent of Eternity, wrapping around an urn of water, with his head moving over the water, which he fertilizes with his breath. In this case, the Serpent is Agathodemon, the Spirit of Good; in his opposite aspect, he is Cacodemon, the Spirit of Evil.
The Egyptian Knef or Knufis, divine wisdom, depicted in the form of a Serpent, takes out an egg from its mouth, from which Ptah the God, emerges. In this case, Ptah is a universal embryo.