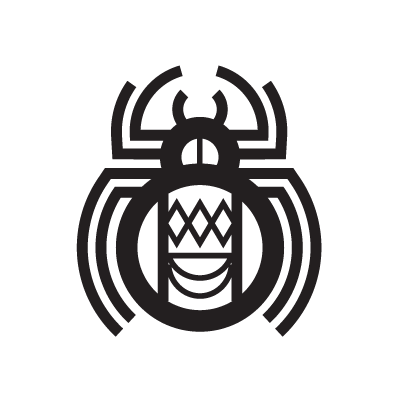 The Kokyangwuti, or “Spider Grandmother”, in Hopi mythology, is a deity that can appear in the shape of an old woman, or the guise of a spider. When in her spider shape, she lives underground. The Hopi call upon the Spider Grandmother for advice or to cure illnesses and ailments. The Kokyangwuti symbol represents leadership, wisdom and good fortune.