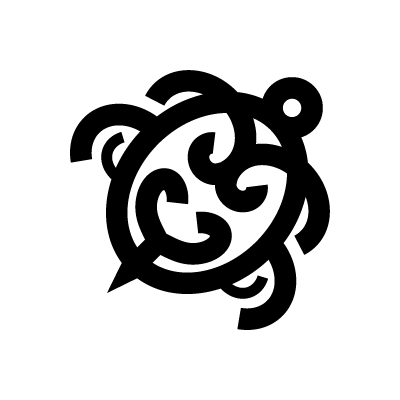 The Koru Honu depicts a sea turtle in the act of swimming. Turtles symbolize travel and navigation in Māori culture. Additional meanings include fertility, longevity, peacefulness and unity.