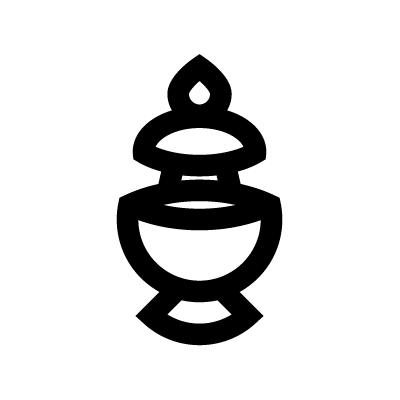 The Kumbha, or Treasure Vase, represents health, longevity, wealth, prosperity, wisdom and space. It is said to never empty, no matter how much of the contents is removed. The vase is depicted as similar to the a traditional clay water pot or Kumbha, having a flat base, round body, narrow neck and top by a large jewel.