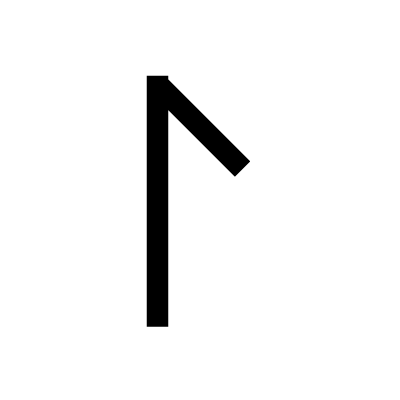 Deeply connected to the water element, Laguz is the representation of endless possibility and spiritual connection. Laguz is the rune of love, water, and travel. It depicts the nourishment of water, and the deep possibilities that lay beneath the ocean. But the Laguz is also a symbol of insecurity and fear against the opposition, like the wild force of the sea. The ocean is seen as a complex entity in Norse mythology and is both promise and fear. This rune represents this complexity and a reminder of human insignificance against large forces.