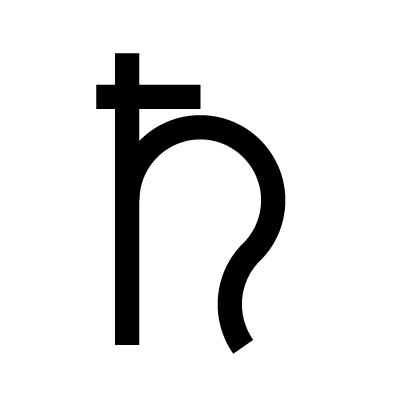 The Lead symbol consists of a long vertical line, intersected by a shorted horizontal line. From the median point of the vertical line, a curved line moves away to the right. Lead is a malleable metal with a low melting point. It is associated with Saturn.