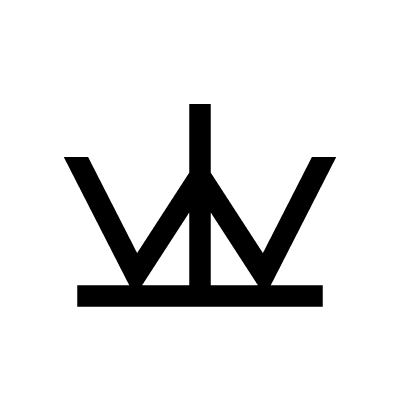 The Leadership symbol consists of a horizontal base line with a central vertical line, forming an inverted T shape. On either side of the vertical line, and sitting on the horizontal, are two V shapes. The symbol signifies that a person has the ability and the wisdom to lead others.