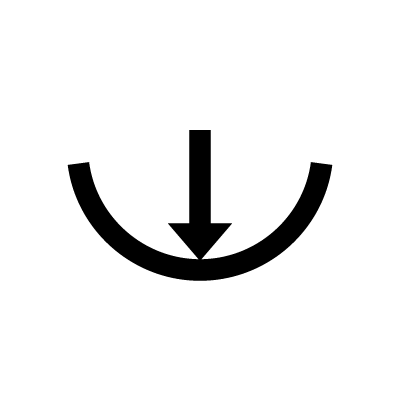 The Learning symbol consists in a wide bowl or U shape, in the center of which is a downwards-facing arrow. The arrow has a short, thin shaft which has a shaded, triangular head. The symbol represents learning, endurance and the path of truth.