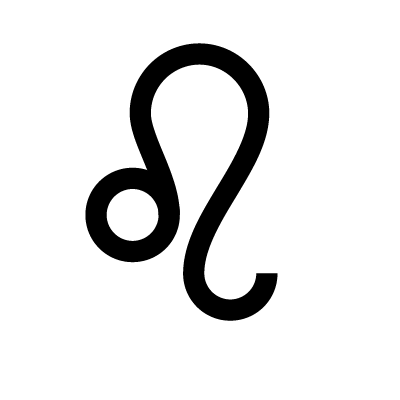 Leo is the fifth sign of the zodiac and is the symbol of the lion. The symbol consists of an unfilled circle, from which emanates a line that curves up and downwards to the right, resembling the lion’s tail. Leo is associated with fire and the Sun. Those who are born between July and August have Leo as their star sign.