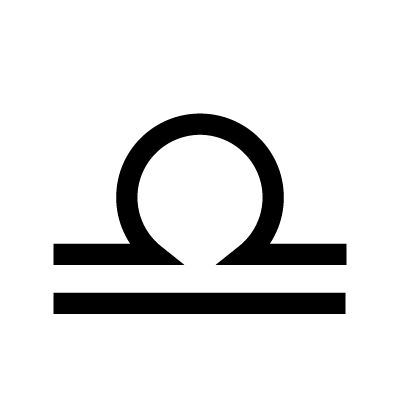 Libra is the seventh sign of the zodiac. It is the symbol of the Scales of Justice. The symbol consists of the Ancient Greek symbol Omega above a horizontal line. This is said to resemble a set of balanced scales. Libra is associated with law, fairness and the element air, as well as the planet Venus. Those born between September and October have Libra as their star sign.