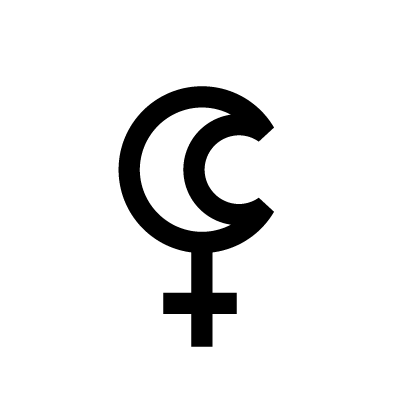 An asteroid named for the first wife of Adam, the first man in the Genesis story. Lilith represents the dark side of femininity, sexual taboo and social transgression. Her symbol consists of a crescent and a cross, representing both mind and matter.