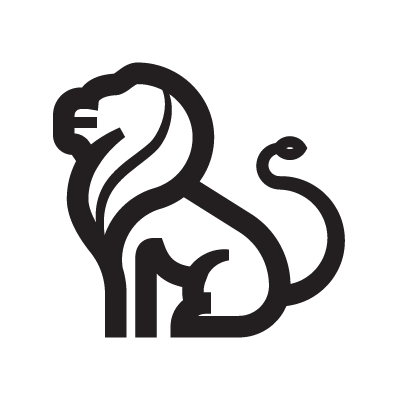 One of the most powerful animals and appropriately laden with rich symbolic meaning, the lion is synonymous with the Sun, and as such is best personified as Leo, the Zodiac sign that has the great golden star as its ruler. The lion even looks like the Sun, with its tawny coat and shaggy golden mane.
The lion is the totem animal of kings and emperors, of Apollo, of Mithras, of Christ, of Krishna, of the Buddha. Its counterpart, the eagle, is called the Lion of the Skies.
Christ is known as the Lion of Judah, and Mohammed’s son-in-law, Ali, who acted as mediator between the Prophet and the people, was called the Lion of Allah. Krishna is known as the “Lion among Wild Creatures” and the Buddha is the “Lion of the Shakyas.”
The lion, with its shaggy halo of a mane, might seem to be the ultimate personification of male energy. However, there are female deities who share the attributes of the lion, and the lioness is a ferociously protective mother. Hathor, the Egyptian Goddess, has the head of a lion when she appears in the aspect of Destroyer. Cybele, the Phrygian Earth Mother, rides in a chariot pulled by lions, and the lion, as well as the bee, was sacred to her.
There is a negative side, however, to the great power of the lion. It is no accident that the collective noun for a group of lions is a “pride,” and the sin of pride is said to be the negative aspect of the Zodiac sign of Leo. Further, power can lead to corruption unless there is an awareness of moral and ethical values. The male lion can also be a symbol of laziness, and it is a well-known fact that the lioness is the one who does the majority of the hunting and cub-care.