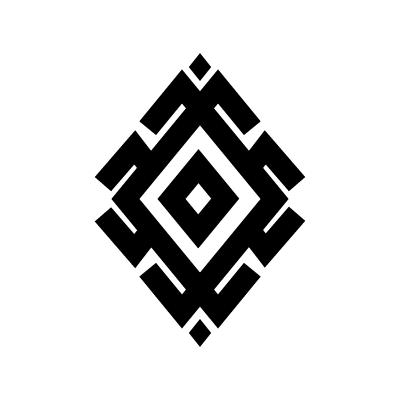 The Llalin or Spider, is a symbol of wisdom. It is a representation of the master of the fabric and the webs of life. The symbol consists of a rhombus-shaped body with its eight legs facing east. The legs can be curved or form angles in other depictions of the Llalin. In Mapuche culture, it is believed that Llalin Kushe or the Old Spider, is the owner of spinning and weaving. A female being, she is a teacher and also serves as a protector. She is the protector of weavers and keeps them from falling prey to the negative forces that drive them into error.