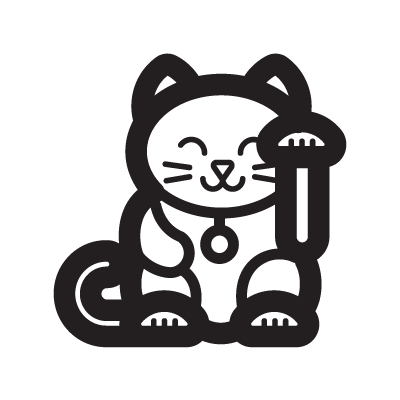 The Lucky Cat, as the name might suggest, is a sign of good fortune and luck. Although originally a Japanese design, the Lucky Cat has since been welcome into Chinese imagery. Generally made of ceramic, the Lucky Cat is thought to bring luck to its owners. In particular, it is thought to bring luck to shopkeepers. This is why the Lucky Cat is often seen in shops, usually at the front as a good omen. The cat is usually depicted in certain, lucky colors such as black, white, red and gold. It is also depicted as holding a coin in some versions. The coin is a symbol of the wealth and good fortune the cat will bring with it. In Japanese culture, the Lucky Cat is usually kept in bedrooms or studies of houses as a way to invite good luck into the house.