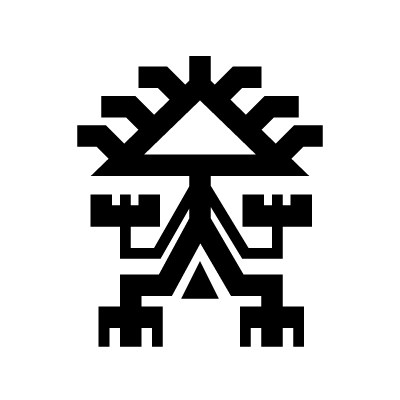 One of the most well-known figures in Mapuche culture. Lukutuwe is a depiction of the supreme religious being. It is also a symbol of one one of the first people, with hands, feet, a head and a heart tucked in a contour. A symbol of power, empowerment, and protection. Lukutuwe symbols can be found on pendants worn by women as a means of protection.