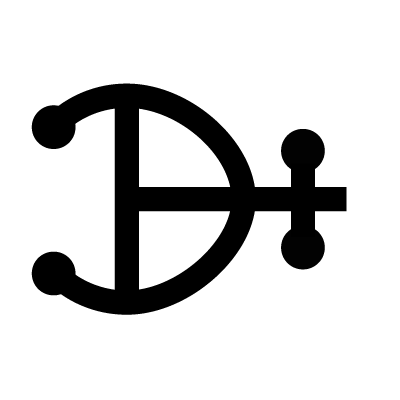 The Magnesium symbol consists of an unfinished circle, dissected by a vertical line. A horizontal line emanates from the median point of the vertical, while a smaller vertical intersects to the right. Magnesium, in small quantities, is extremely volatile and difficult to smother once alight. It represents infinity, eternity, and ascension.