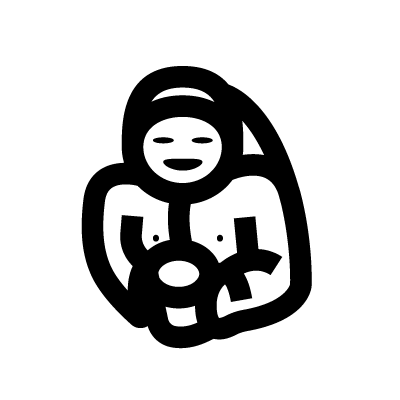 Mama Allpa, in the Inca religion, was a goddess of the Earth and fertility. Her name means, literally, ‘Earth Mother’. She was often depicted as having multiple breasts. Mama Allpa was responsible for the fertility of the soil and for fruitful harvests.

The Inca Empire existed in South America, in the area that is modern day Peru and Bolivia, from the early 13th Century until it’s last city was taken by the Spanish conquest in 1572. It was the largest and most developed empire in the Americas before the arrival of the Spanish. The Incan Empire was defined by its impressive and enormous architecture – the most famous being Machu Picchu which was constructed using stone blocks that fit together so tightly that a knife would not fit between the building stones. Incan pyramids survive to this day, sustained without any need for mortar within the stonework. The Empire also features an extensive network of roads that served to connect even the most remote outposts of the territory. The Inca produced fine woven textiles (featuring architectural motifs) and were particularly inventive when it came to communication, organisation and labor. The majority of the Inca lived at a particularly high altitude in the Andean mountains, and so their agriculture practices were both impressive and innovative . The Incas were polytheists who worshipped many gods. They believed in reincarnation and human sacrifice. They did not use money or exchange goods using markets. Inca culture was built upon reciprocity. Each individual paid something like a tax to the Empire through labor, while the emperor and nobles would throw feasts and sponsor festivals for their subjects. After the fall of the Inca Empire many features of Inca culture were destroyed by the Spanish. Huge numbers of Inca were devastated by the rapid spread of smallpox, another effect of the invasion. Other diseases soon followed. As such, much of the culture and many Incan innovations have been lost to history.