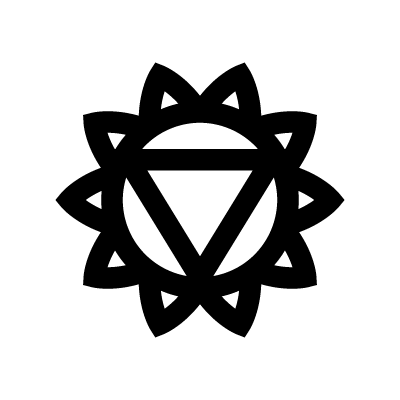 The Manipura is located in the navel or solar plexus, its name means “Jewel city”. It represents moving from simple to complex emotion, energy, assimilation and digestion. Manipura is depicted with an upward pointing triangle (representing fire) in the middle of a lotus with ten petals.
The modern color associated to Manipura chakra is yellow.