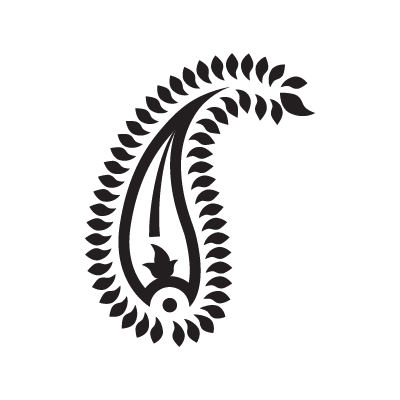 Mankolam, the pleasing paisley design, is modeled after a mango and associated with Lord Ganesha. Mangos are the sweetest of fruits, symbolizing auspiciousness and the happy fulfillment of legitimate worldly desires.