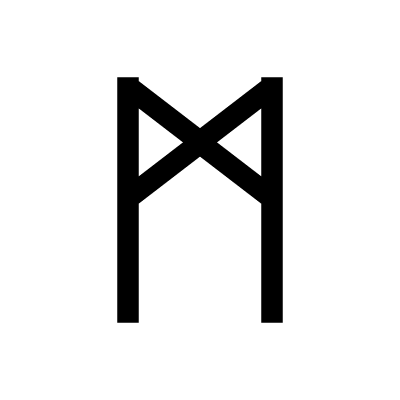 Mannaz represents humanity and humankind, and the determination to reach a common goal together. But it can also be interpreted on an individual scale. For an individual, Mannaz represents family and friends, the circles and bonds that unite. It refers to the community around a person, and the communal perception of the individual in question. Mannaz is the ability to predict and analyze, to understand what the challenges are in a situation and to strive towards fixing these issues.