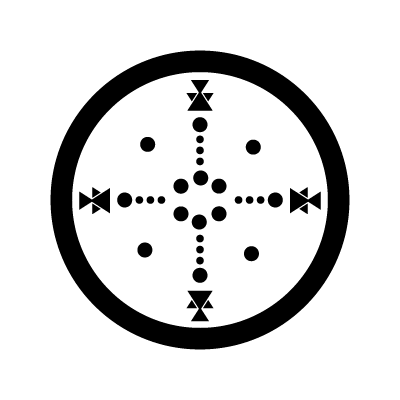 The medicine wheel contains seven stones, representing seven stars, seven arrows, or seven human traits: fear, courage, love, sorrow. The final three universal traits are said to be unknown. Combined, they represent either human nature, or the true nature of the individual. The four tents, evenly spaced around the perimeter, represent four predestined paths: those who will have far sight, those who will be innocent, who will be introspective, and those who will be knowledgeable.