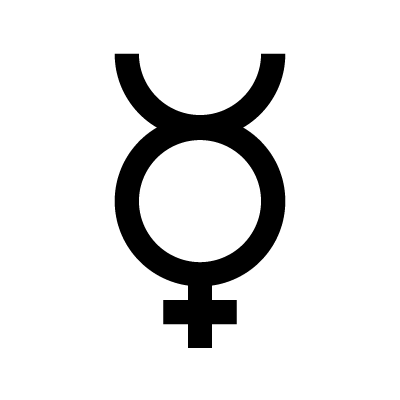 The Mercury symbol consists of an unfilled circle placed on top of a cross, which connects with the lowest median point. Above the circle is a curved, semi-circle shape. Mercury (called quicksilver) is one of the three prime materials of alchemy. It represents the mind, as well as the life force. It is associated with the spirit, the thing that survives beyond death.