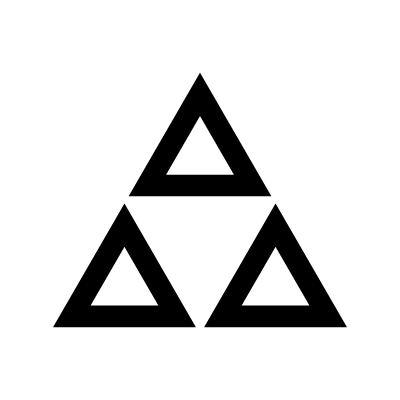 The Mitsu uroko or three fish-scales are the mon of the Hōjō clan. The Hojo clan controlled the hereditary title of shikken (regent) of the Kamakura shogunate between 1203 and 1333. Although the title suggests merely symbolic power, in the case of the Hojo clan, they were able to wield a great deal of power compared to other families with similar titles. The Hojo can were also known for their role of encouraging the practice of Zen Buddhism. They were also known for leading the successful opposition to the Mongol invasions of Japan. However, resentment at Hōjō rule existed and began to grow. This resentment resulted in the clan being overthrown and the establishment of the Ashikaga shogunate.