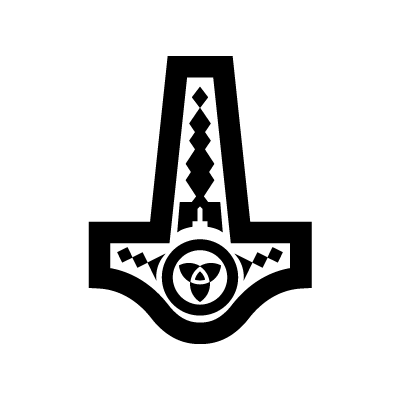 A famed symbol, Mjolnir is the name of Thor’s hammer. It is a magical weapon that acts as a boomerang – it always returns to his hand. The symbol also represents fertility, good fortune, and abundance. Mjolnir has also been depicted as a symbol of fertility, and often found in weddings and homes. In Norse mythology, Mjolnir is how Thor protects Asgard from external threats.