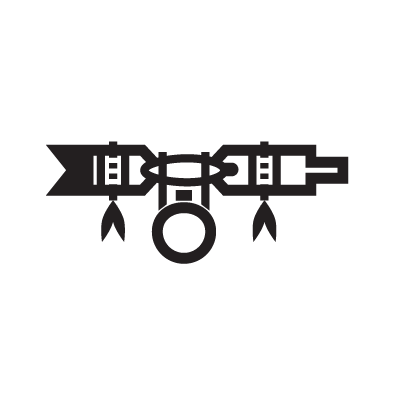 The Mongko is the symbol of the Hopi spiritual law. It represents respect, harmony and love. The physical object, which the symbol depicts, is the signifier of the highest spiritual power. Typically featuring two horns, wood, feathers and corn, the individual parts symbolize the Earth, all of the plants and living things, water and humanity.