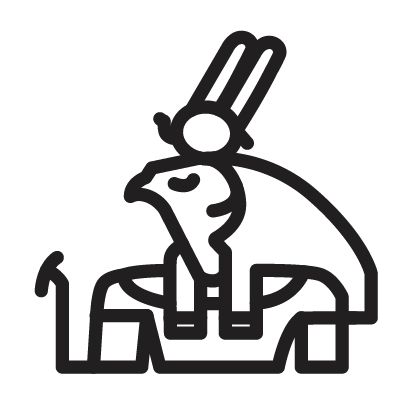 Montu, in Egyptian mythology, is the god of war. The sacred animal of Montu was the falcon.
Depicted as a man with a falcon’s head, crowned with a crown with two blue feathers and a sun disc. One of the main attributes of Montu was the spear. It was believed that Montu would grant the Pharaoh victory over his enemies. In the Pyramid Texts, Montu Falcon lifts the deceased king to heaven.