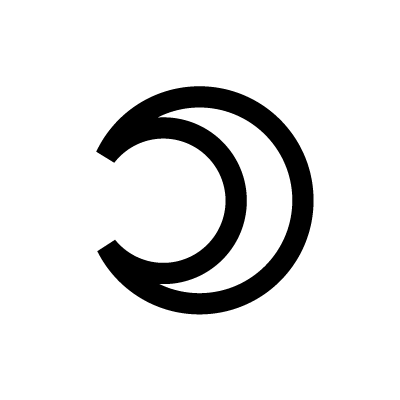 The Moon represents motherhood and femininity. It is associated with instinct, spontaneity and the unconscious mind. The symbol consists of a crescent moon shape, within a larger circle. It represents security, comfort and safety.