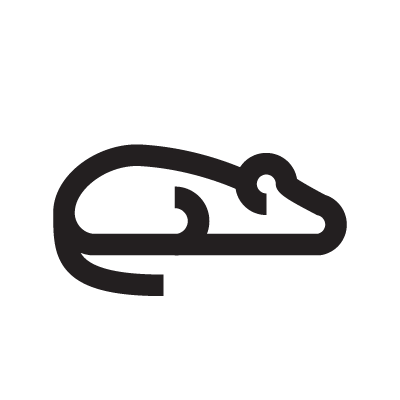 The mouse, such a small, seemingly insignificant creature, is one of the forms taken by the great God Apollo. There is a dichotomy with this symbolism, representing the idea of the God in both his aspects—as destroyer and as protector. Apollo, like the mouse, destroys by spreading plague, whereas in his guise as the Harvest God it falls to Apollo to save the crop from the attentions of the little creature.
In Europe, the mouse was symbolic of the soul leaving the body, an idea shared by other tiny creatures. It was believed that the soul/mouse escaped through the mouth as the dying person breathed their last breath. This supposition was so well founded that it even has witness reports.
The mouse also appears with the great elephant-headed Indian God Ganesh. Curiously, the huge Ganesh is described as “riding” this tiny animal. The physical improbability of such an arrangement does not matter, however, since this is a symbol of Ganesh’s humility.