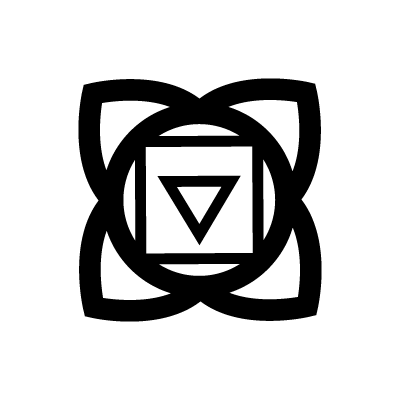 The Muladhara also know as the “Root chakra” is located at the base of the spine, its name means “Root support”. It represents instinct, security, survival and potentiality. It is symbolized as a four-petaled lotus with a square at its center (representing earth). This is the bottom-most chakra in human body.
The modern color associated to Muladhara chakra is red.