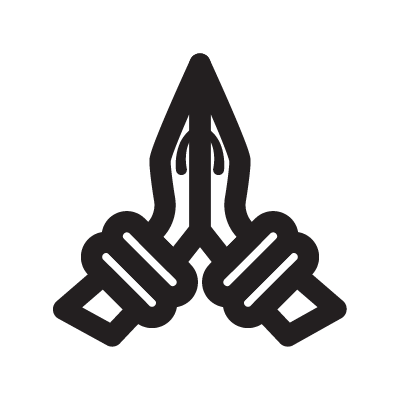 Namaste (left hand pose) is a common greeting or salutation in Indian culture. It is a customary greeting when individuals meet and a
salutation upon their parting.
The literal meaning of the Sanskrit term ( “na-mastay”) is ‘I bow to you.’ In Hinduism it means “I bow to the divine in you.” It is used while in prayer, with eyes closed, and a slight bow.