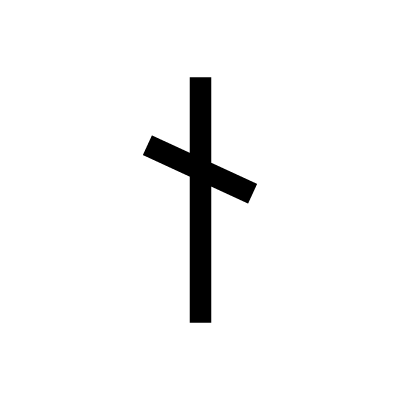 Naudhiz is a representation of the imbalance of needs and a reminder to focus on long-term benefits. Naudhiz is an encouragement to overlook the small difficulties, to remain patient and to work hard towards achieving long-term benefits. It can be viewed as negative, as a harbinger of poverty in literal terms. This is because it represents a need to have, even if it is not necessary. It is a representation of the materiality of possessions, and their little worth in making an individual happy.