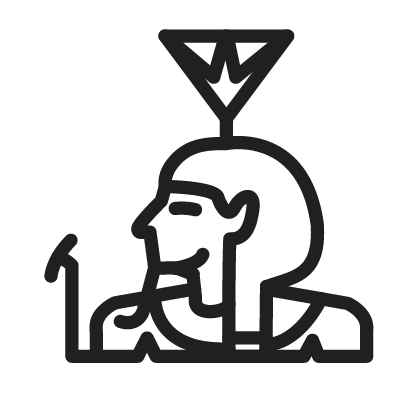 Nefertem – in Egyptian mythology, is the god of vegetation, the son of Sekhmet (destruction and restoration) and Ptah (construction). The name Nefertem means “lovely child of the gods.” More often he was depicted as a baby on a lotus flower or as a youth with a lotus flower on his head. Lotus (the emblem of Upper Egypt) personified beauty, prosperity, birth and resurrection after death.