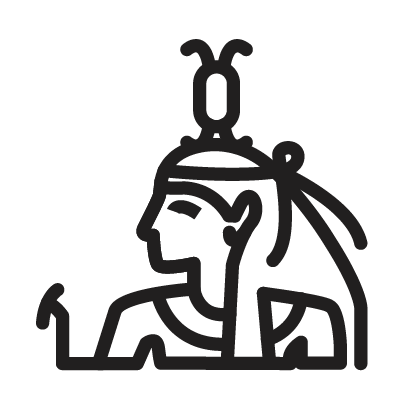 Neith was an early Egyptian deity who was said to be the first and main creator. She is said to be the creator of the universe and everything it contains, and she controls the way it functions. She was the goddess of wisdom, weaving, space, mothers, rivers, water, childbirth, hunting, war and fate. She was a warlike goddess.
Neith is the goddess of war and the hunt, and her symbol was two arrows crossed over a shield. However, she is a much more complex goddess than is commonly known, and whose ancient texts only hint at her true nature. Religious silence was prescribed by the ancient Egyptians to maintain secrecy, using euphemisms and allusions and often relying only on symbols. In her usual representations, she is depicted as a ferocious deity, a woman in a Red Crown, sometimes holding or using a bow and arrow, and in others a harpoon.