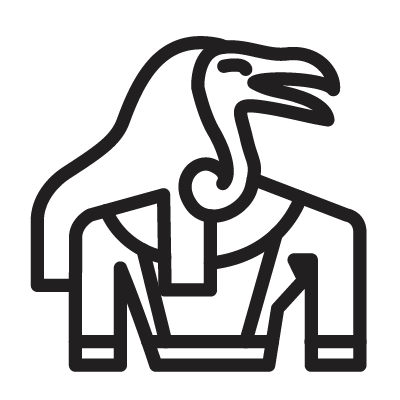 Nekhbet or Nehebt, in Egyptian mythology, is the goddess of royal power. Nekhbet was the guardian of the royal family. It symbolized the unification of Upper and Lower Egypt into a single state. The image of Nekhbet goes back to the ancient ideas of the Egyptians about the sky as the wings of a kite. Since the sacred animal of the goddess Nekhbet was a kite, she was depicted as a woman with a crest on her head or as a snake-headed kite in the white crown of Upper Egypt.