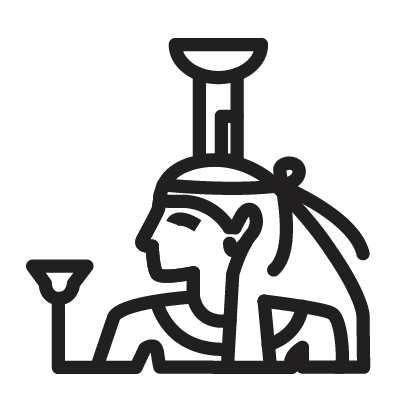 Nephthys Egyptian God ( “mistress of the house”) or Nebetkhet, in Egyptian mythology, is the youngest of the children of Geb and Nut. She was portrayed as a woman with a hieroglyph of her name on her head. She was considered the wife of the god Set, but, judging by the surviving texts, she has very little to do with him. Actually, the essence of the goddess Nephthys in Egyptian religious literature is almost not revealed. Nephthys was Isis’ twin. Nephthys and Isis are identified with falcons, therefore they are often depicted as winged women.
The lack of an independent role for Nephthys gives the impression of an artificially invented goddess serving as a couple for the demonic god Set.