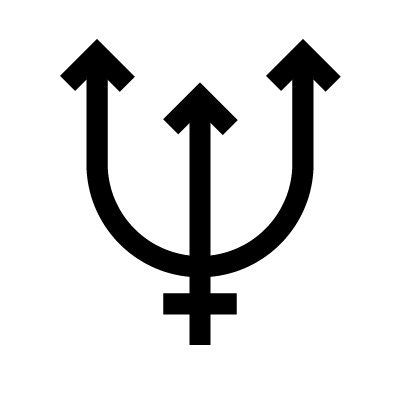 Neptune is the planet in the solar system between Neptune and Pluto. The symbol consists of a stylized three-pronged trident. In Greek and Roman mythology, Neptune (Greek: Poseidon) is the god of the sea. In the Indian tradition, Neptune is associated with rain, as well as dreams, illusions, and uncertainty.