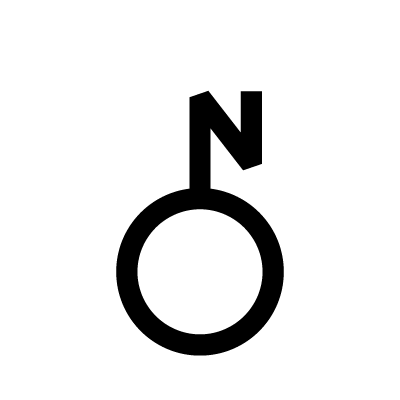 Nessus is an asteroid, discovered in 1993. Named after the mythological centaur who was killed by Heracles, and whose tainted blood in turn killed Heracles. Nessus is associated with karma, tyranny, inappropriate sexual contact, or physical or psychological abuse. The symbol represents death, revenge and jealousy.