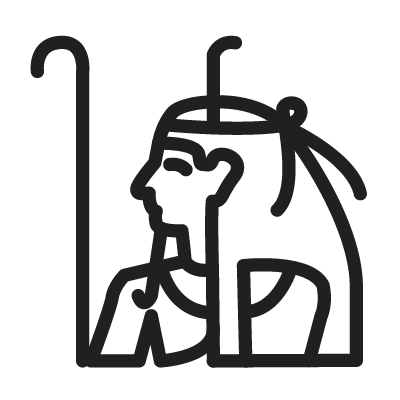 Nun (from the ancient Egyptian word for “water”), in Egyptian mythology, is the embodiment of the water element, which existed at the dawn of time and contained life force. In the image of Nun, the concept of water as a river, sea, rain, etc. is merged. Nun and his wife Naunet, personifying the sky on which the sun floats at night, were the first pair of gods, all the gods originated from them: Atum, Hapi, Khnum, as well as Khepri and others. Nun is an image of the primordial universal ocean that existed at the beginning of the creation of the world, in the ideas of the Egyptians going back to real natural phenomena – the floods of the majestic Nile.