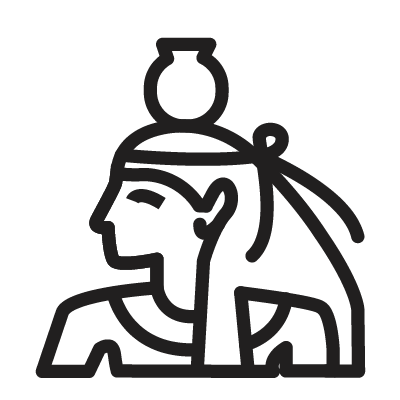 Nut Egyptian God, in Egyptian mythology, is the goddess of the sky, the daughter of the god of air Shy and the goddess of moisture Tefnut, the twin sister of the god of earth Geb. In the most ancient ideas of the Egyptians, Nut was a heavenly cow that gave birth to the sun and all the gods. As the protector and patroness of the dead, raising them to heaven, the goddess was often depicted on sarcophagi. Against the will of Ra, Nut married her brother. Ra became so angry that he ordered Shu to separate the twins. Shu lifted Nut up – this is how the sky was formed, and Geb was left below – this is how the earth was formed. Nut was called “a huge mother of stars, giving birth to gods.” She is the mother of Osiris, Seti, Isis, Nephthys and Horus.