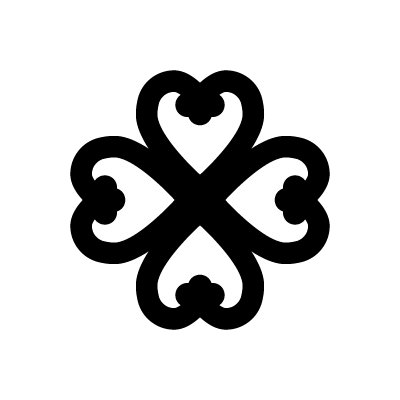 The Nyame Dua symbol depicts a cross-section of a palm tree, or the top of a tree stump. It represents God’s presence and protection. Nyame Dua is also the name of the place outside a dwelling or in a village where sacred rituals take place.