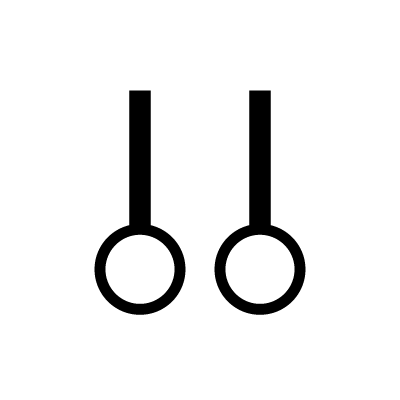 The Observation symbol consists of two solid, parallel, vertical lines – each of which ends with a small, unfilled circle at its base. The symbol represents strong powers of observation.