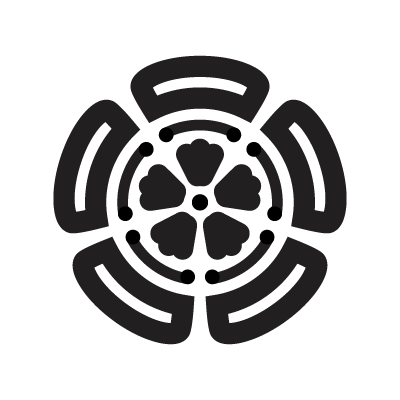 Oda Nobunaga is a strong figure in Japanese lore and the Oda Kiso is one representation of this. Known as a unifying entity, as well as a warlord, he used 7 crests during his lifetime. Four of these crests included the traditional Oda crest and the Oda Mokko. The Oda Mokko was said to represent the Japanese quince. Another crest used the swallowtail butterfly for imagery to solidify Oda’s hereditary connection to another prominent Japanese clan, the Heike. Another symbol that was used in the crests was the kiri-mon, which represented a fast-growing tree. The kiri is a particularly symbolic tree as it is said only a phoenix could land in it, thus using it in a crest signaled Oda’s powerful nature and strength.