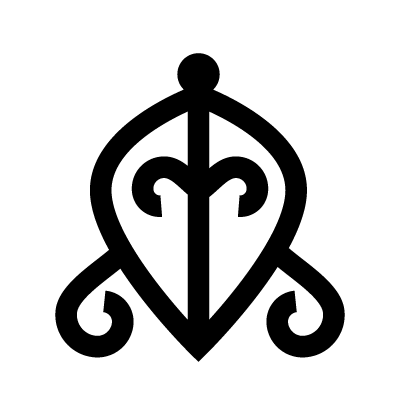 The Odo Nyera Fie Kwan symbol represents the proverb, ‘those led by love will never lose their way,’ sometimes written as ‘love never loses its way home’.
This symbol is usually engraved on wedding bands and other events related to the union of two people. The Akan people consider it a powerful mantra to represent a union.