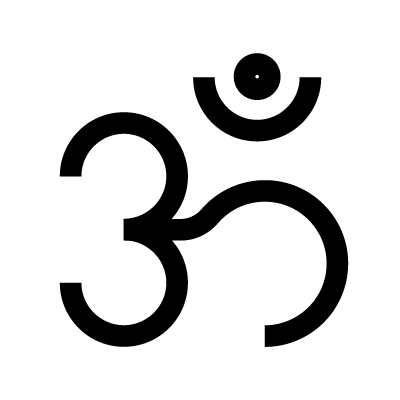 Om, or Aum, is the root mantra and primal sound from which all creation issues forth. It is associated with Lord Ganesha. Its three syllables stand at the beginning and end of every sacred verse, every human act.