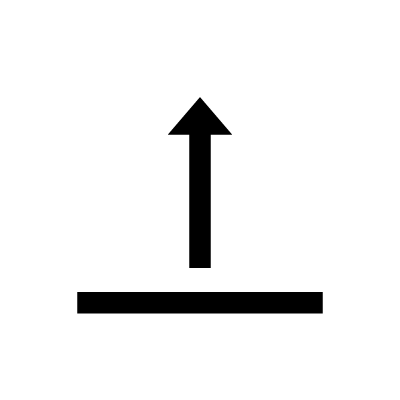 The Omnipresence symbol consists in a horizontal line, above which (but without making contact) sits an upwards-facing arrow. The arrow has a short, thin shaft which has a shaded, triangular head. The symbol represents omnipresence and attentiveness. It may also suggest that one ought to become more attentive in his or her behavior.